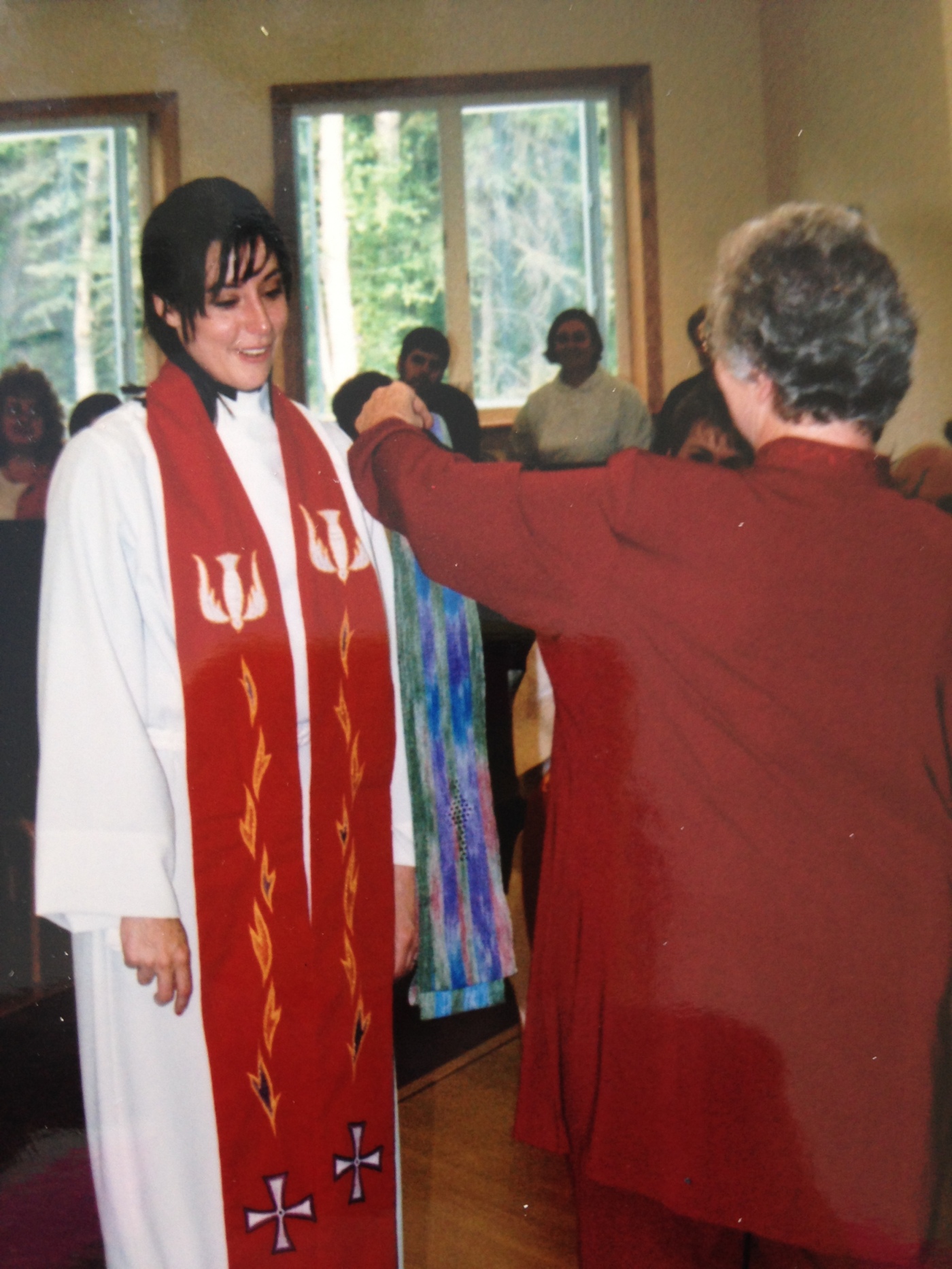 I think of my grandmother at Christmas more than any other time of year. Each Advent, I hear the words of Mary’s upside-down kingdom song (the Magnificat) set to the haunting chant of The Lutheran Book of Worship’s evening prayer service. Grandma taught me to sing it unaccompanied in church when I was about the same age Mary would have been when she sang it for her cousin Elizabeth. Each Christmas, I hear Grandma’s voice when we sing “Angels From the Realms of Glory,” a lesser-known favorite of hers, and I remember cursing its accidentals during the piano lessons she gave me. And all those who’ve asked me about my childhood Christmas traditions have heard the story of her infamous rice pudding, whose revolting depths we searched after dinner every year for the whole almond, which would win you a box of chocolate covered cherries.

It was Grandma who taught me to love the music of the church, before I ever knew that I would lead it weekly as a pastor. In our lessons over 13 years, she imparted the history of classical music and its stories, which are so intimately tied with church history. She encouraged me to sing in church often, with her accompaniment, as she was the volunteer church pianist for years. She forced me to play for congregational singing occasionally, and she is the reason I can still play “What A Friend We Have in Jesus” without mistake—though I rarely play at all these days. It was with her help that I first learned to sing the liturgy, including the communion portions, which I later learned were reserved for clergy in most churches.

But it wasn’t just music that she taught me to love in the church. She and my grandfather were organizing members of several Lutheran mission starts in Alaska, including the one I grew up in. Their leadership in mission set an early example for me of what lives committed to the good news of Jesus should look like. They showed me that faith joined to loving action could change people and whole communities.

While Grandpa lead on a statewide level, pushing for Alaska to have its own synod when the ELCA was formed, Grandma’s influence showed closer to home. She was instrumental in starting the Food Pantry of Wasilla, which began as a basement closet in our home church, open once a week. It now has its own full-time director and two locations, and it is open 5 days a week year round.

Grandma’s lived faith had its most direct impact on me when I began seminary. At the same time that I was moving to Chicago to answer God’s call to ordained ministry in the ELCA, my parents were discerning a move away from the church in which they had raised me. They expressed in memorable terms their concern that the path I was following was not laid by our Lord, and our relationship grew strained.

At just the time when I needed encouragement the most, Grandma called my Chicago apartment, where I lived alone except for the roaches. She and Grandpa had been talking about their mission giving, she said, and they had some extra funds they wanted to give away. After praying it over, they’d decided that for the next few years, they’d write one of their monthly benevolence checks to me to help with books or groceries or whatever I needed. And every month for nearly three years, that’s what they did. More than the money, though, the accompanying letter, written in my grandmother’s curling script, was a clear message that I was supported and loved: that I was just where God meant me to be.

At my ordination, Grandma and Grandpa laid my first stole over my shoulders, dressing me for the role they’d help prepare me for. Their stories appear regularly in my sermons, and I’m now teaching my son to love the songs Grandma gave me.

I realize now, as her health is declining, that I haven’t told Grandma in so many words how deeply her life has impacted mine, and how much the pastor I am is owed to her nurturing and teaching. So, when this article is published, I’ll send her a video recording of me reading it—if I can make it through without bursting into tears! To borrow Paul’s words to Timothy, I write this in tribute to the “sincere faith, which first lived in [my] grandmother [Betty] and in [my] mother [Kathy],” and I hope that others are “persuaded, now lives in [me] also.”

One thought on “Of God and Grandma”